Are there beer and wine counterparts? 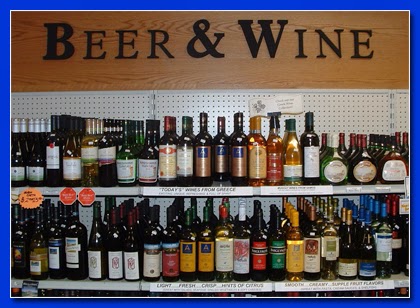 Beer and wine have their own unique qualities, based on ingredients, how they are made as well as the specific characteristics that result in the finished product.  But they do have some things in common.  I think they have enough in common that in some cases we can identify beer and wine counterparts.  Why do this?  I see at least two reasons:

(1) Many people see beer and wine in exclusive terms, e.g., there are many people categorize themselves as a beer drinker or a wine drinker (but not both).   I’d argue that it’s time to start viewing beer and wine inclusively, i.e., beer and wine don’t necessarily compete with each other but rather complement each other, e.g., some types of beer and wine share certain similarities, pair well with the same foods, etc.
(2) People who tend to drink only beer or wine can use this post as a way of deciding which beer or wine counterpart to try… in essence, a gateway counterpart.

Based on (1) and (2), for example, I’d like to begin seeing restaurants hosting special opportunities to have (combined) beer and wine pairing dinners, etc.

A few introductory notes: sometimes I’ll refer to a beer or wine style.  In wine, there is a conventional distinction between new- and old-world, which refers to the distinction to Europe (old-world) and everywhere else (new world).  Typically new-world wines are more fruity and less dry than old-world style wines, e.g., Sauvignon Blancs from New Zealand tend to be fruitier than those from France.  Note, however, that there are many exceptions to the new-/old-world categories, i.e., there are old-world style wines, e.g., less fruity, more dry, etc., that made in new-world wine regions, e.g., California, etc.  It’s also common to categorize wines into styles based on specific wine regions, e.g., a Syrah from Cotes-du-Rhone, etc.  In beer, there are many styles: American, Belgian, English, German, Irish, Scottish ales; and American, Czech, European, German and Japanese lagers; as well as styles such as Summer Ales, etc.

Last, I want to point out that—obviously—there are many differences between beer and wine; not just their ingredients, how they’re made but also that there are many characteristics that are just unique to each kind of beverage.

Aroma & Flavor
There’s a close connection between the senses that detect aroma and flavor, i.e., the olfactory sense and taste, respectively.  Further, although beverages can have some aroma X, e.g., sweetness, etc., it may not taste like X.  Also, I’m only going to discuss characteristics that have similar counterparts in beer and wine; I’ll be ignoring types of characteristics that have no counterparts in beer and wine.  For example, sweet citrus characteristics are (almost exclusively) not found in beer but only wine so I’ll ignore this type of characteristic.  Examples of aroma and flavor:


Mouthfeel
Another important way to identify beer and wine counterparts is by similar mouthfeel.  Both beer and wine contain alcohol, which produces a specific sensation in the mouth (e.g., hot, etc.).  And if you’re looking for a low-alcohol beer or wine or a high-alcohol beer or wine, it isn’t difficult to do: simply look at the alcohol by volume (ABV) percentage on the label.  But I’d argue there is another aspect of mouthfeel found in beer and wine that makes them similar: bitterness in beer and dryness in wine.  In beer, bitterness is produced by hops; and in wine tannins produce the feeling of dryness and astringency in the mouth.
It seems plausible that if someone likes hoppy (e.g., bitter) beer they might be disposed to like dry wines.  Here are some beer and wine style counterparts by bitterness and dryness:
Less Bitter/Dry


More Bitter/Dry
Have a beer-wine counterpart of your own?  Leave it in the comments.....

Posted by Sean Millard at 1:51 PM No comments: